Air pollution and the release of chemicals into the environment pose risks to human and animal health and the environment. This chapter's focus on addressing air quality and protecting Canadians from harmful substances directly supports several SDG Global Indicator Framework targets, including 11.6: By 2030, reduce the adverse per capita environmental impact of cities, including by paying special attention to air quality and municipal and other waste management; and 3.9: By 2030 substantially reduce the number of deaths and illnesses from hazardous chemicals and air, water, and soil pollution and contamination.

In 2021, it was estimated that air pollution contributes to 42 out of 100,000 premature deaths in Canada every year. Air pollution also worsens health issues, such as asthma, for millions of Canadians. The total economic cost of all health impacts attributed to air pollution is an estimated $120 billion per year from issues such as medical cost and reduced workplace productivity.

About one third of Canadians live in areas where air quality does not meet one or more national standards. Children and those with pre-existing cardiovascular and respiratory diseases are more vulnerable to detrimental effects from air pollution.

Air pollution also reduces the growth and productivity of crops and contributes to the decline of certain forests. These environmental impacts in turn threaten food security, land use, and cultural activities, which can further impact the mental and physical health of people living in communities across Canada.

Climate-driven infectious diseases also affect the health and well-being of Canadians. As the climate changes, certain pathogens and vectors for infectious diseases can establish in new areas, expand and shift in geographic range, or become more abundant.

As temperatures in Canada rise, Canadians will experience growing risks associated with tick-borne diseases such as Lyme disease (which is already moving northward into Canadian communities), mosquito-borne diseases such as West Nile Virus, other zoonotic infectious diseases, and foodborne and waterborne illnesses. When Canada loses natural habitats, or they become degraded and altered, there will continue to be an increased risk of infectious disease emergence and re-emergence.

The Government of Canada is committed to improving air quality, protecting Canadians and the environment from harmful substances, and increasing communities' resilience to infectious disease challenges. The Canadian Environmental Protection Act, 1999 provides the basis for a range of federal environmental and health protection programs, including activities to address air pollution and assess and manage chemicals.

The Government of Canada's Air Quality Program focuses on domestic and international work to improve air quality and reduce the effects of outdoor and indoor air pollution on human health and the environment. It helps to inform Canadians about the health risks of outdoor and indoor air pollution and encourages personal actions to reduce these risks.

Working with provinces and territories, the Government of Canada also helps to improve air quality through the Air Quality Management System. A key element of this approach is the Canadian Ambient Air Quality Standards, which are in place for 4 air pollutants—sulphur dioxide, nitrogen dioxide, fine particulate matter, and ground-level ozone—to protect human health and the environment and to drive continuous improvement in air quality across Canada.

The Government of Canada also works to address air pollutant emissions from industrial sectors and equipment, the transportation sector, and consumer and commercial products that are used every day.

The Government of Canada works with other countries to address air pollution originating from outside its borders through international agreements such as the Canada-United States Air Quality Agreement, the Convention on Long-Range Transboundary Air Pollution, and the Gothenburg Protocol. Canada is also party to other international treaties that address chemicals and greenhouse gases such as the Montreal Protocol on Substances that Deplete the Ozone Layer, and the Kigali Amendment to the Montreal Protocol to reduce the consumption and production of hydrofluorocarbons.

Differences in exposure to air pollutants

The Federal Contaminated Sites Action Plan was established in 2005 to reduce environmental and human health risks from known federal contaminated sites and associated federal financial liabilities, while focusing on the highest priority sites. Since the beginning of this program, assessment activities have been conducted at 10,930 sites, while remediation has been completed at 1,100 sites.

Meanwhile, the Chemicals Management Plan aims to reduce risks posed by chemicals, polymers, and organisms. These substances are assessed for potential effects on human health and the environment. Risk management actions are developed and implemented to mitigate these impacts if substances are found to be harmful to human health and/or the environment.

Finally, the Infectious Disease and Climate Change Program and Fund delivers actions such as increasing the capacity of public health professionals to respond to the rising demands posed by climate-driven infectious diseases, and enabling access to information and tools to better understand risks and measures to prevent infection. It helps improve adaptability and resiliency to the health impacts of climate-driven infectious diseases through surveillance and monitoring activities and access to education and awareness tools. It also helps to advance work under the Federal Framework on Lyme Disease and Action Plan by supporting projects that enhance surveillance and monitoring efforts and develop new education and awareness resources and tools for the public and health professionals.

Lands across the North have been subject to resource extraction, infrastructure development, and other industrial operations for decades. This has resulted in contaminated sites and other brownfield lands that pose a risk to the environment and human health. These sites have a disproportionate effect on Indigenous peoples and communities through their impact on cultural lands and water and soil quality, affecting access to clean drinking water and traditional and country foods.

Crown-Indigenous Relations and Northern Affairs Canada's Northern Contaminated Sites Program is responsible for managing 162 contaminated sites in the North, to reduce risks to human health and the environment, decrease federal liabilities, and maximize socio-economic benefits for Indigenous peoples and Northerners. Remediation projects are managed in partnership with Indigenous and territorial governments, and the private sector. The 8 largest abandoned mine projects in Yukon and the Northwest Territories are funded through the department's Northern Abandoned Mine Reclamation Program, while the remaining sites are funded through the Federal Contaminated Sites Action Plan.

Other federal organizations contribute to addressing contaminated sites, such as Indigenous Services Canada's Contaminated Sites on Reserve program which is responsible for more than 2,000 sites south of the 60th parallel. Since 1992, this program has successfully remediated over 2,400 contaminated sites on reserve, resulting in additional land available for community or economic development. 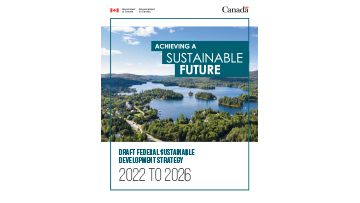